Our precious daughter has turned 18!  As much as I have enjoyed every step of our children's childhood, having a teenaged daughter who has such a beautiful heart is a special joy. 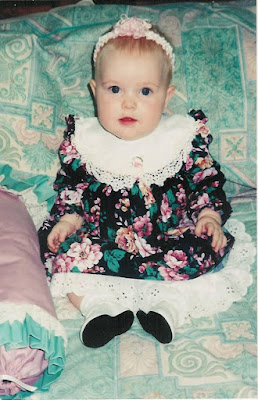 When the kids turn 18, they get to pick any type of cake they want.  Shae-Lynn chose the chocolate lasagna cake I had for my last birthday.  It is so good and rich! 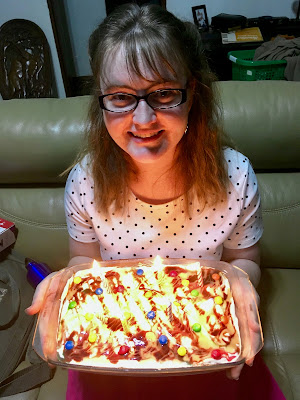 We had a great time celebrating with two other missionary families with food, fun, and fellowship. 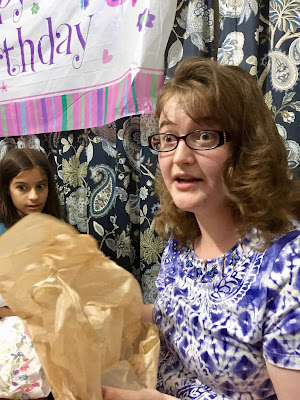 A couple of months ago, Shae-Lynn had stumbled across some Short Best Friend / Tall Best Friend shirts on Amazon.  She sent the photo to her tall friend Abby, saying that it describes them so well.  Abby's family took the photo down to our local t-shirt imprinter, and he was able to replicate it exactly.  Shae-Lynn's gifts reflected her love for coffee, coconut, and photography. 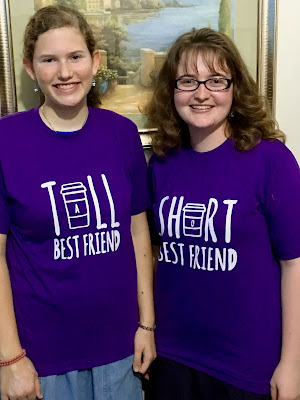 We are so thankful for each of our children and look forward to seeing how God uses them in the future in His service.

Posted by Sally Stensaas at 12:30 PM No comments:

Email ThisBlogThis!Share to TwitterShare to FacebookShare to Pinterest
Labels: Birthdays

Quite possibly, we have found a company that will alleviate my frustrations with internet that has prevented me from frequently posting.  We are giving it a try, and so far so good.  With other companies, I could only upload photos at 6:00 in the morning, and even then it would take about 30 minutes.  Any other time of the day, it would take up to 2 hours or just get stuck.  Right now, in the middle of the day,  I just uploaded 2 photos, and it literally took less than 10 seconds.  I realize this still isn't as fast as most American internet, but I am so excited and hope this good service continues.  It will really help with school work, too.

My kids will admit, when it comes to meals, I am very good to them.  I am not a mother who forces Brussel sprouts or sauerkraut down their throats.  I remember once when Shane was little that I made him eat squash.  As I was cleaning up the mess of him throwing it up, I declared I was not going to be that mean mom.  Instead, I have learned that if I want my kids to like something, fix just enough for myself, eat it in front of them, and they will soon come begging to try mom's special food she is eating.  It truly works! 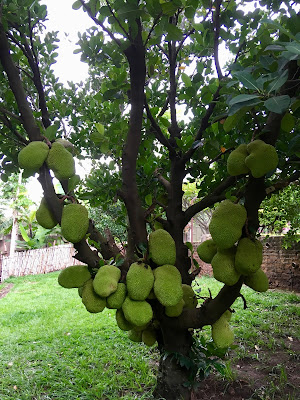 However, I do enjoy trying new recipes, especially when I see a savings in them.  We have an unusual fruit called jackfruit that is as big as a watermelon and grows on trees.  It is very messy to harvest the fruit, but it is very good raw or dried.  We had heard how some people, especially vegetarians, use the fruit as a substitute for beef in meals, specifically barbecue shredded beef sandwiches.  We were given some jackfruit, so I decided to try it, closely following the recipe online.

It was a failure!
I even had a hard time swallowing it without the gag reflex kicking in.  My kids were so good in trying to eat it, but they were greatly relieved when I didn't even make them eat the usually required 1/2 amount that was on their plate.  I told them that since they didn't have any stories of their mom making them eat horrible stuff, that I had to provide at least one for them. 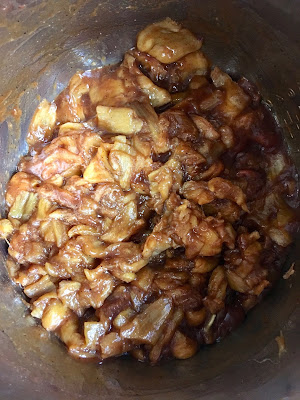 Don't feel too sorry for them.  The barbecue jackfruit was quickly forgotten and I was forgiven even before these cinnamon rolls appeared for breakfast the next day. 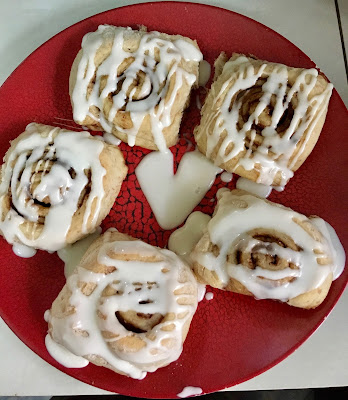 Posted by Sally Stensaas at 5:26 AM No comments: