One of the things I have learned in being a missionary is to delight in seemingly small things.  Having electricity on a day when we were told it would be off.  Finding peanut butter marked half-price.  Internet, water and electricity being on all at the same time.  In the last two weeks, the Lord sent two extra, non-essential blessings my way.

Something my husband often comments on in disbelief is how I can make a bag of candy last so long - a trait, I believe, I inherited from my mom.  She would keep a bag of peanut M&Ms in her top drawer and make them last for a month.  As long as we took just one or two, she didn't mind us getting into them.  Thus, my love for peanut M&Ms began.

My in-laws sent a bag of peanut M&Ms as part of a Christmas package in January.  As of the first of this month, there were about 15 left in the bag with no replacement bag stashed away.  I casually mentioned my depleting supply to the Lord and left it at that.  Imagine my surprise when a Valentine bag of M&Ms arrived from a missionary on furlough!  But the Lord wasn't done with surprises. 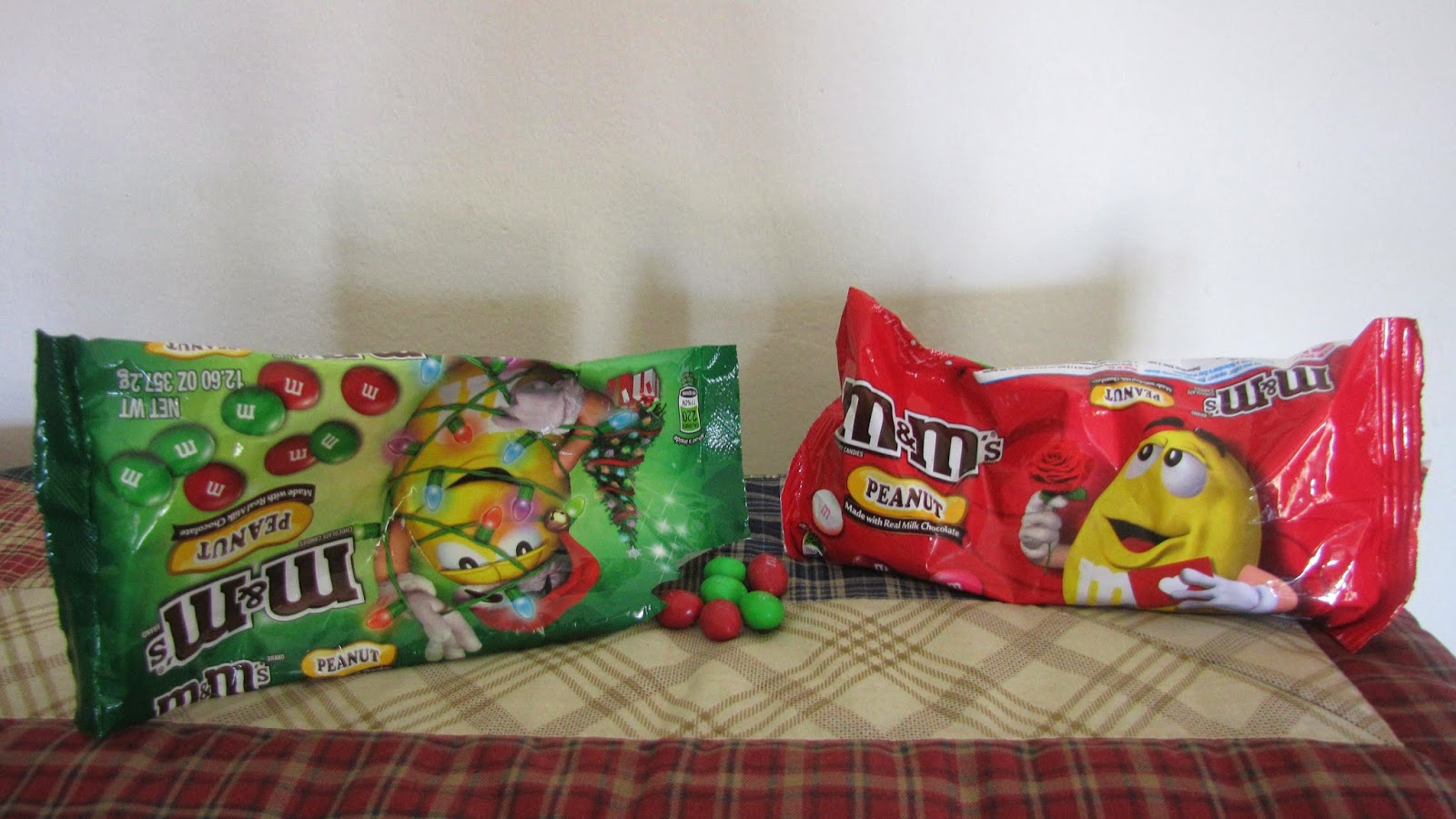 Now that the rainy season has begun, I decided to do a thorough dusting of the house starting with the pantry.  In the houses here, every room has vent bricks.  Although I keep the window in the pantry closed, dust comes in through the vent bricks and settles all over everything.  As I was removing the items from each shelf, I discovered a bottle of root beer that had gotten hidden behind the tins of food.  When Keith returned from taking Shane to the States ten months ago, he had brought back a couple of root beers for me.  Uganda has many types of soda - Sprite, Mountain Dew, Coca Cola, Pepsi, Fanta, Coke Zero, 7Up, Miranda, Stoney, Novida, and more.  However,  in the 18 years we have been here, only twice have we found root beer.  Overall, I am not a soda drinker; I much prefer juice or milk, but root beer is a favorite. 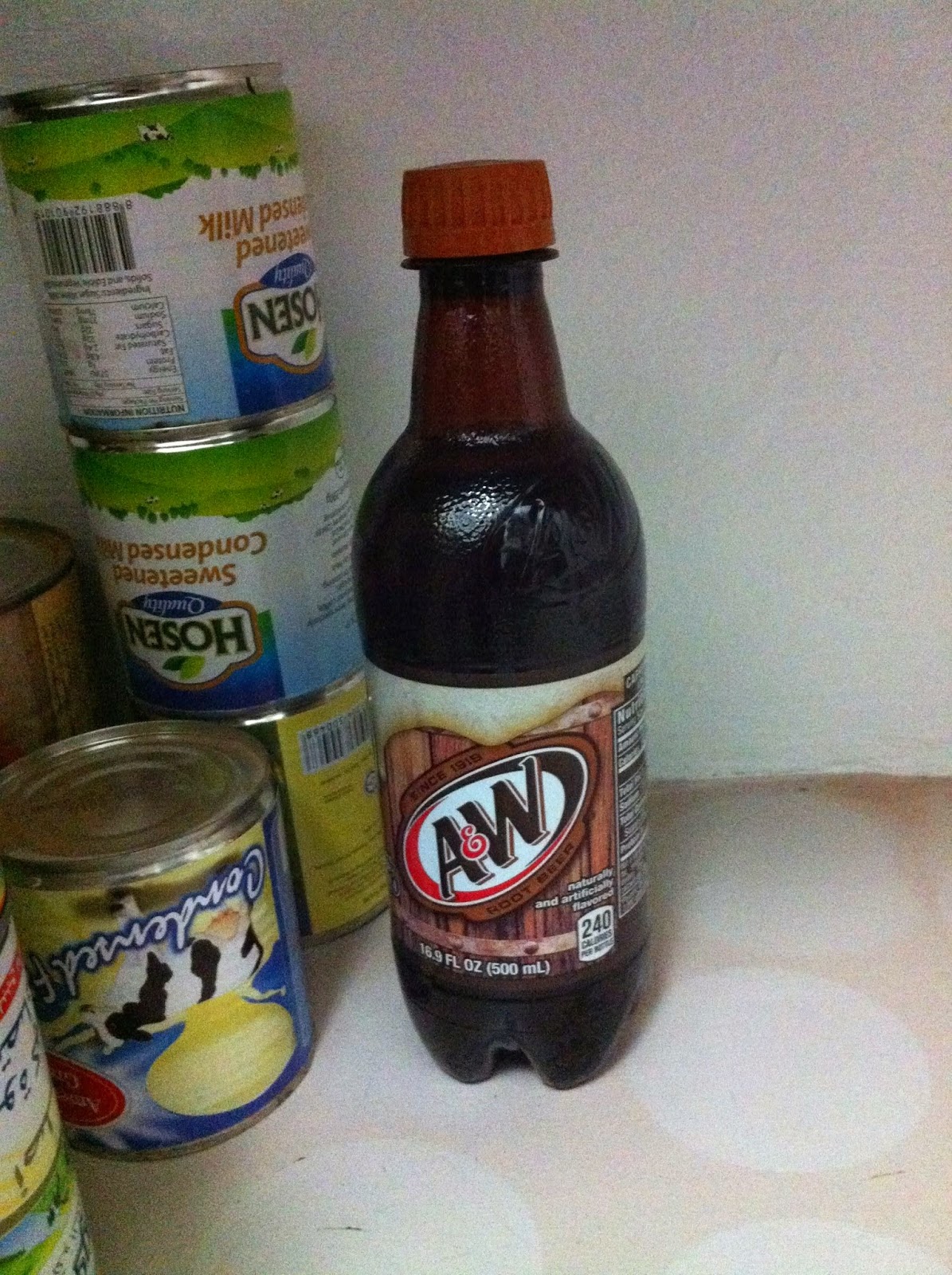 Did I need M&Ms and root beer?  Definitely not.  But just as I as a parent enjoy surprising my children with unexpected treats, so our Heavenly Father delights in blessing His children.
Posted by Sally Stensaas at 5:22 AM 1 comment:

NEITHER A DAY'S WAGE NOR DIRTY WATER

One of the privileges my husband has is that of overseeing 9 churches.  Some of these we have started, others we have inherited, and still others have sought us out asking for Bible teaching and help in leading their churches the Bible way. 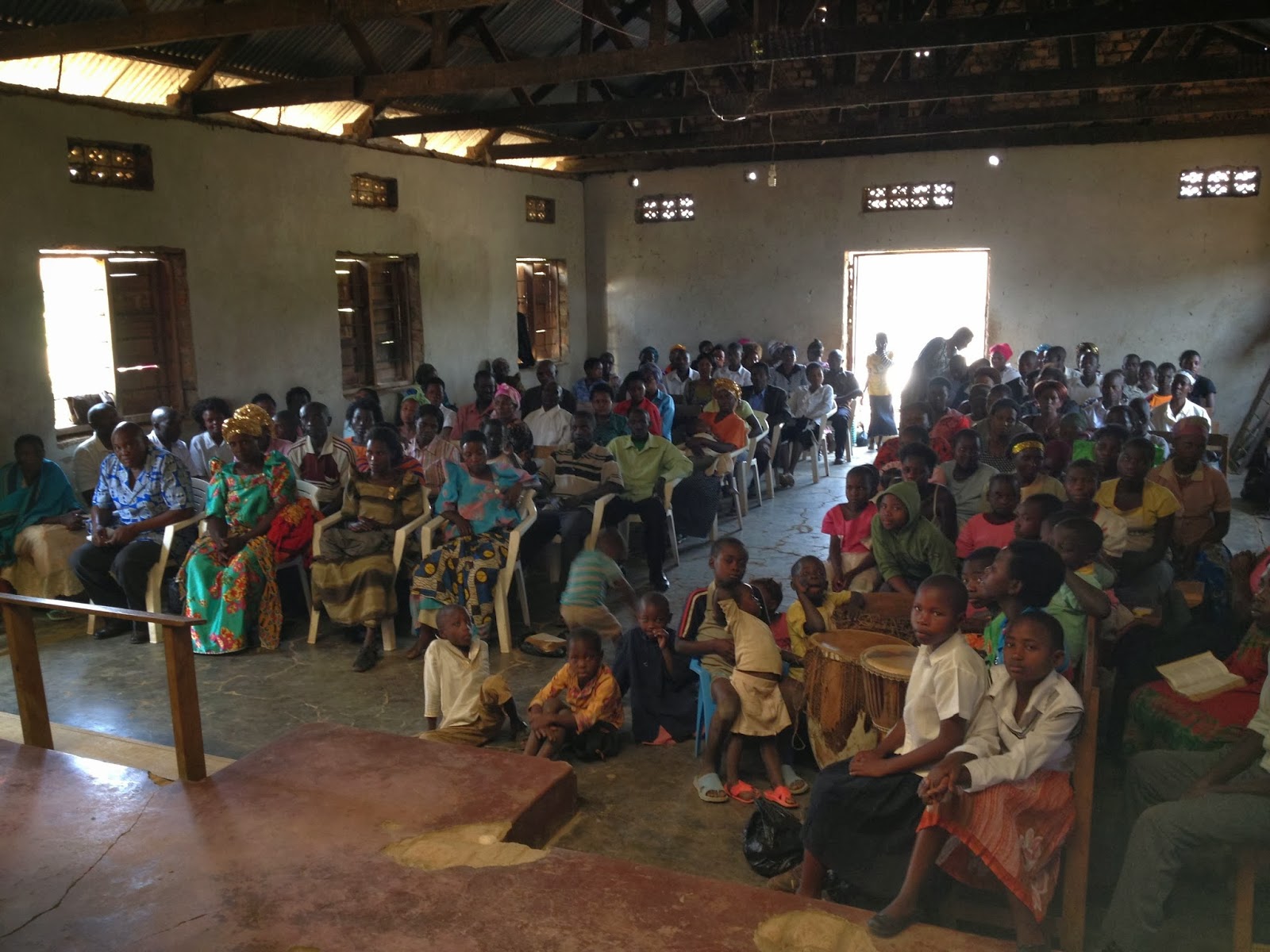 Today Keith visited Katovu Independent Baptist Church, which is being led by one of the men in that church and helped by Pastor Henry Ssebanja.  This church has been through much refining fire, yet the core of believers has withstood the fiery darts of the devil and is more on fire for Christ than ever before.  The last time Keith visited this church, he baptized, I believe, 42 people.  Not having a pastor or a baptistry, they just wait until there are several and then let Keith know they are ready for a special Saturday baptismal meeting. 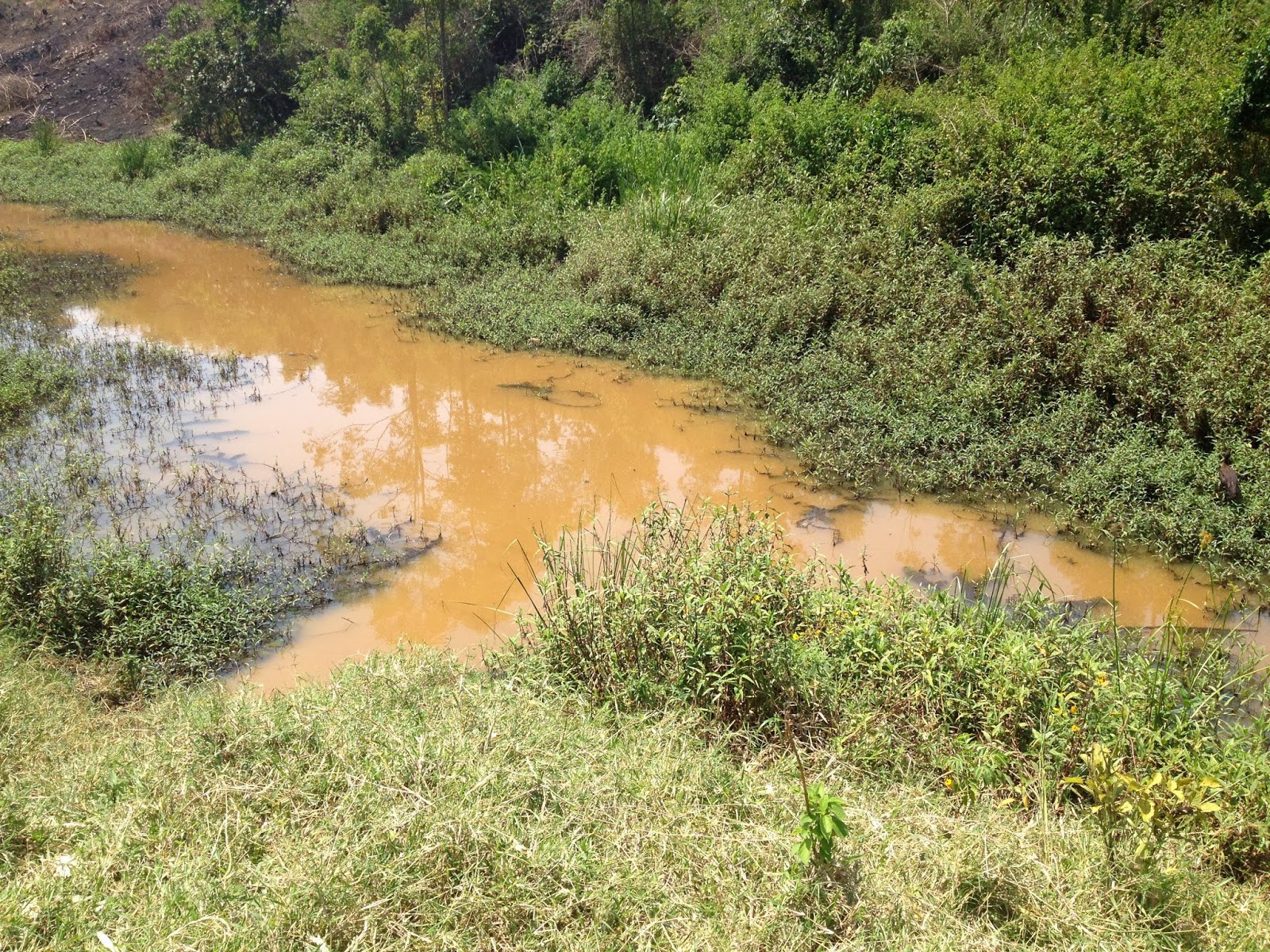 During the meeting this morning, one man trusted Christ as his Savior.  Hallelujah!  Then a bus arrived to start transporting the people to the baptismal sight.  They aren't close to a river, but there is a large ditch not far from the church right next to the main road.  Because of the great number of people, the hiring of a bus was necessary.  The leader told everyone that they must each pay 2,000/= (shillings) to cover the cost of the bus.  Seventy-nine cents seems extremely cheap to us, but to these village people - that is a whole day's wage. 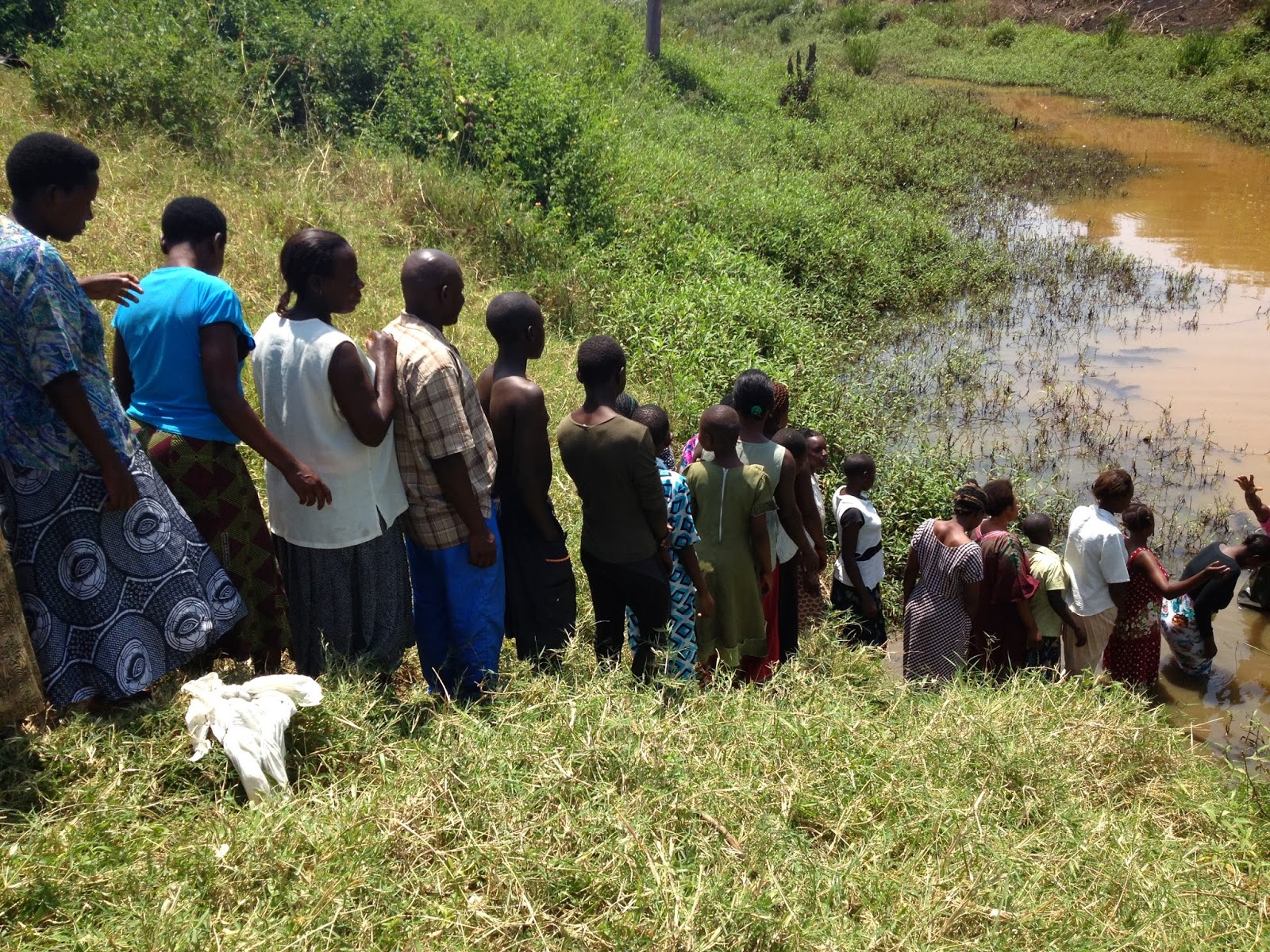 Being in the dry season, everything gets dusty with a thick layer of dirt.  The trees and plants look brown - not from dying, but from the thick coat of dirt on them.  The water is no exception.  You can see from the photos that this was not a very clean ditch.  But neither the cost nor the dirty water deterred 100 people from being baptized today.  That's right - 100 people!  Praise the Lord! 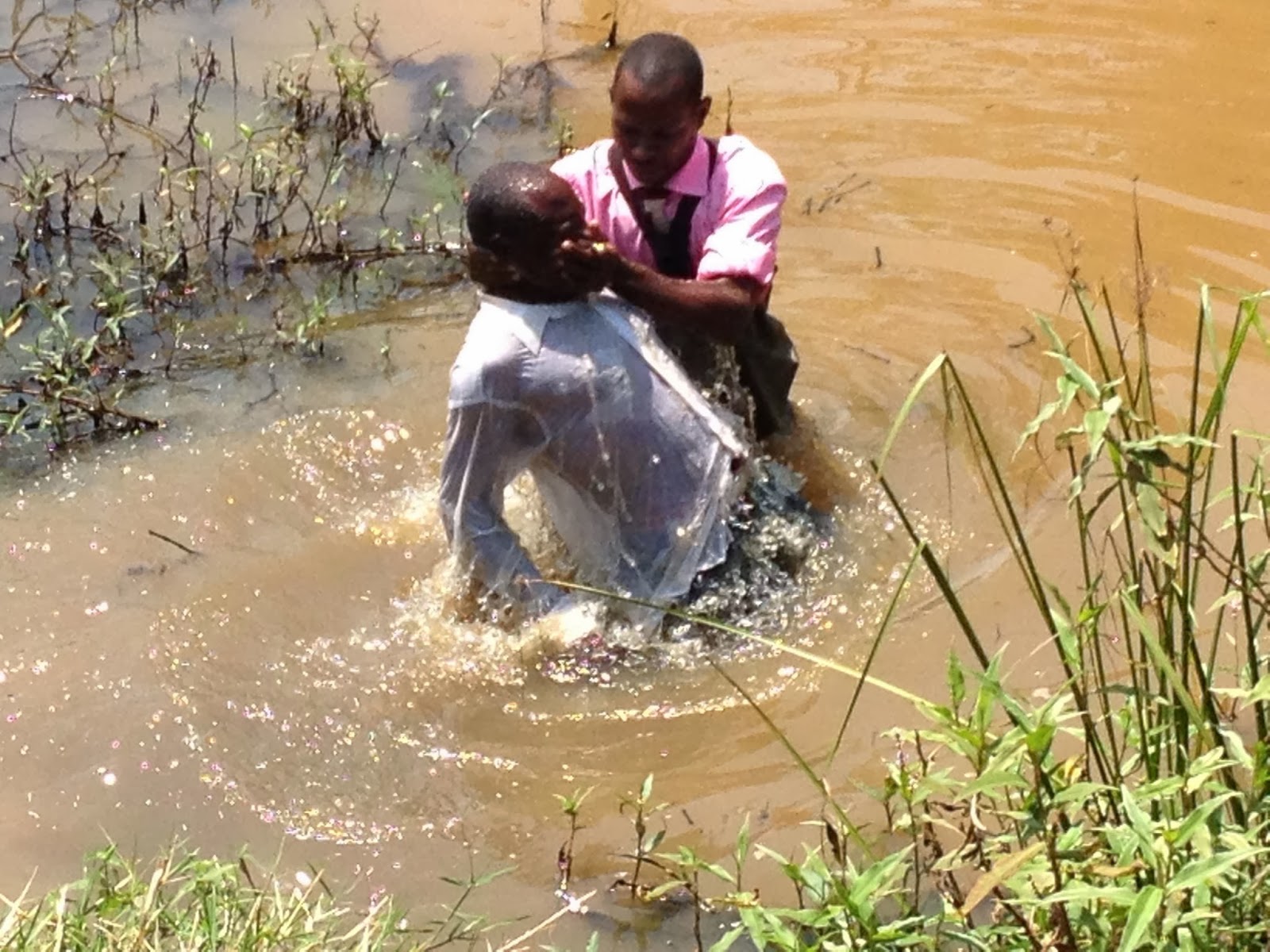 There is no limit to those God will save.  Please keep this church in your prayers.
May we continue to see great things accomplished in this village.
Posted by Sally Stensaas at 2:07 PM 1 comment: